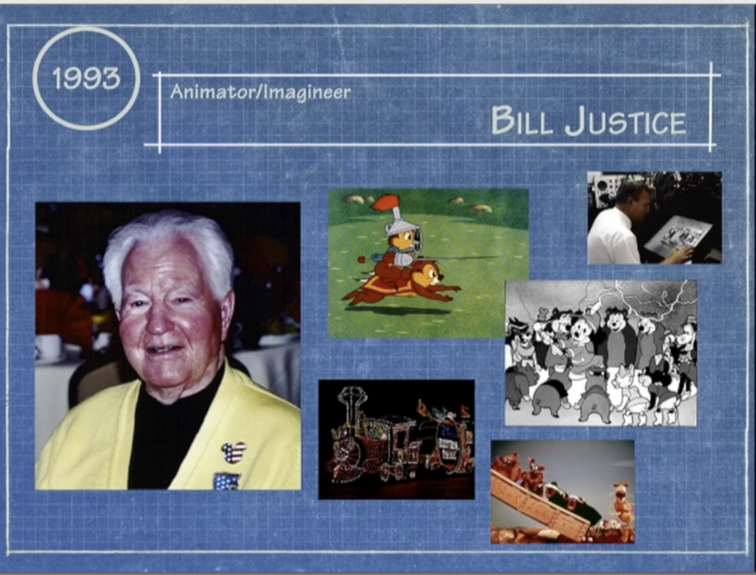 Animator and Imagineer Bill Justice had a 42-year career at Disney. During those years, he worked on more than 20 features and 80 short subjects, including Snow White and the Seven Dwarfs, Pinocchio, Fantasia, Bambi, Cinderella and Lady and the Tramp. Among the memorable characters that Bill developed are Thumper and Chip and Dale (he animated all but one of their shorts). Bill also directed the animated opening of The Mickey Mouse Club. After moving to Imagineering, he animated the auctioneer in Pirates of the Caribbean. Other attractions he worked on include Mission to Mars, Carousel of Progress, Hall of Presidents and America Sings. Bill is also credited with the original designs of the Main Street Electrical Parade.
​