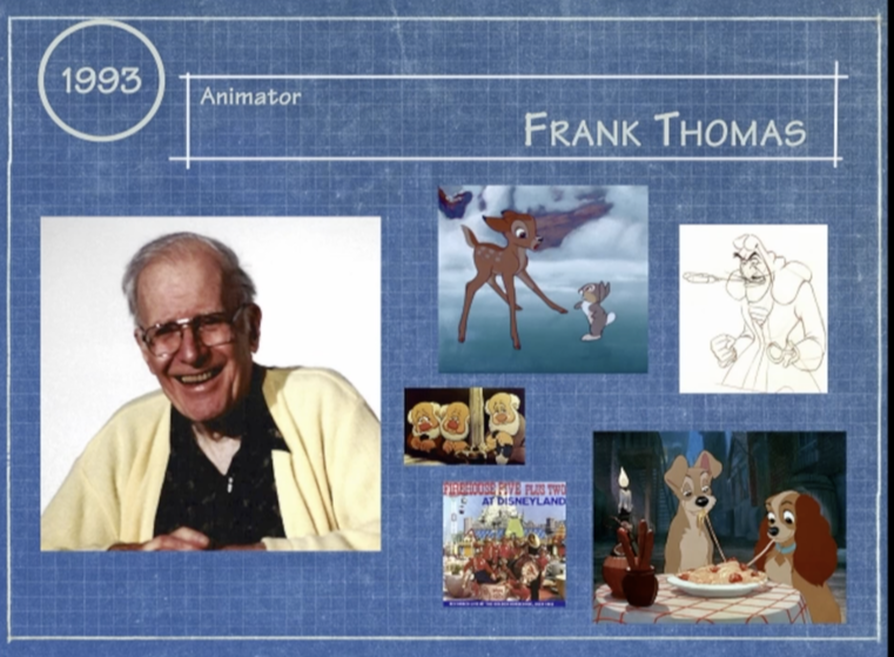 Frank Thomas worked as an animator on numerous short subjects (beginning with Mickey’s Elephant) and almost 20 features. Frank animated some of the best-loved sequences in Disney history: The dwarfs crying at Snow White’s bier, Bambi and Thumper learning to ice skate, and the spaghetti-eating sequence in Lady and the Tramp. He was also among the artists that went on the 1941 goodwill tour of South America that inspired Saludos Amigos and The Three Caballeros. He was among the group of Disney artists that earned acclaim as the jazz band Firehouse Five Plus Two. After retiring, he and Ollie Johnston co-wrote several books, including Disney Animation: The Illusion of Life. They are also the subjects of the 1995 documentary, Frank and Ollie.
​