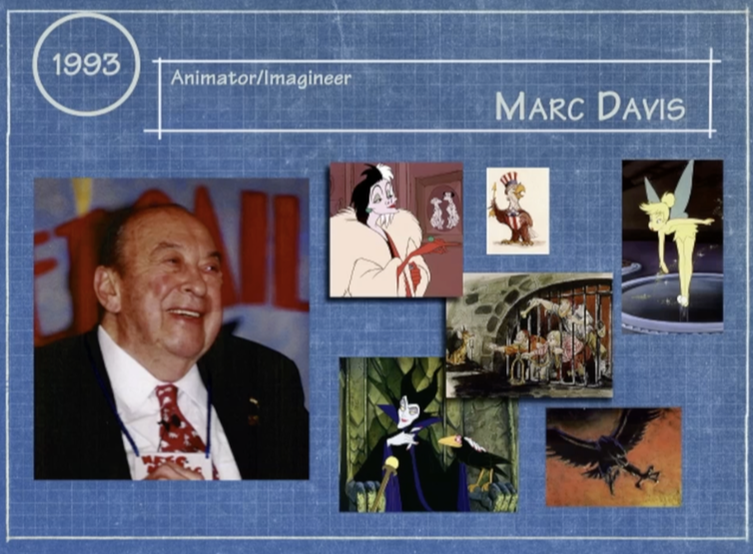 Animator and Imagineer Marc Davis is probably best remembered as the creator of Tinker Bell, Maleficent and Cruella De Vil. But during his 43-year Disney career, Marc did much more. He started at the Studio in 1935 as an apprentice animator on Snow White. He did story sketch and character design for Bambi and Victory Through Air Power. His animation later enhanced Song of the South, Alice in Wonderland and Cinderella, as well as such shorts as African Diary and Toot, Whistle, Plunk and Boom. After moving to Imagineering, Marc contributed story and character concepts to the Tiki Room, Pirates of the Caribbean, it’s a small world, the Haunted Mansion, and his all-time favorite, America Sings.
​