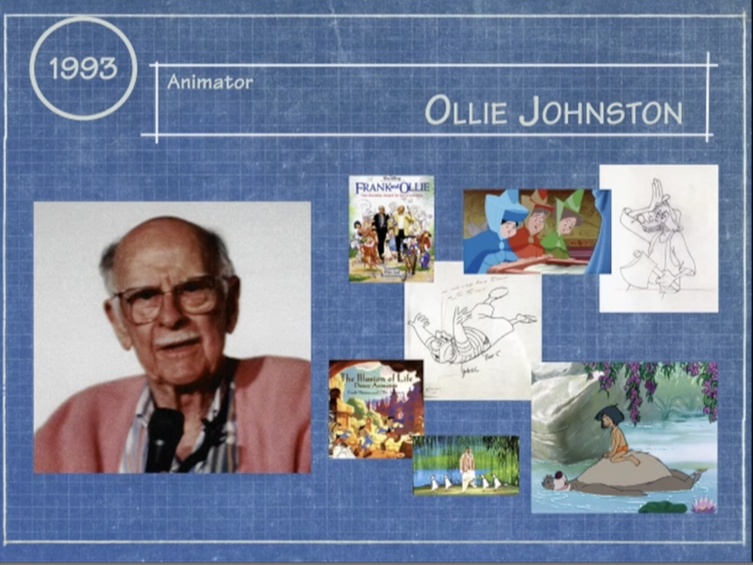 Animator Ollie Johnston is credited with infusing his characters and sequences with warmth and emotion, as typified in the scenes between Mowgli and Baloo in The Jungle Book. During his 43 years at Disney, Ollie worked on several short subjects (starting  with The Tortoise and the Hare) and 24 features (from Snow White to Robin Hood). Memorable characters he brought to life include Mr. Smee and Flora, Fauna and Merryweather. A train enthusiast, Ollie created a backyard railroad and encouraged Walt’s interest in trains. After retiring, he and longtime friend and colleague Frank Thomas co-wrote several books, including the definitive Disney Animation: The Illusion of Life. They are also the subjects of the 1995 documentary, Frank and Ollie.
​