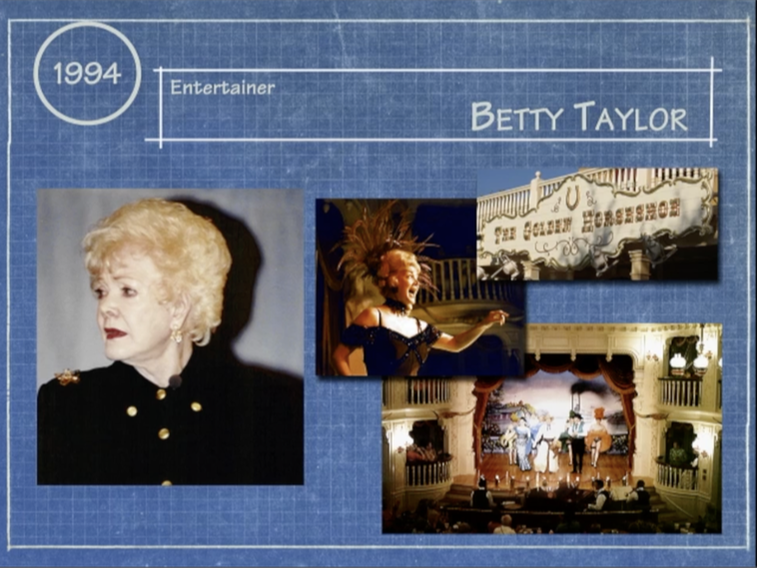 Betty Taylor starred as Sluefoot Sue (paramour to Wally Boag’s Pecos Bill) in Disneyland’s Golden Horseshoe Revue. She appeared in nearly 45,000 performances of the show in a run of more than 31 years. She was such an audience favorite that she was sometimes called on to take the show outside the Park. She and the rest of the troupe made a 1968 USO tour of Greenland and Newfoundland, and Walt asked her to do a variation of her Disneyland routine (with actor Ed Wynn) on an episode of Walt Disney’s Wonderful World of Color.
​