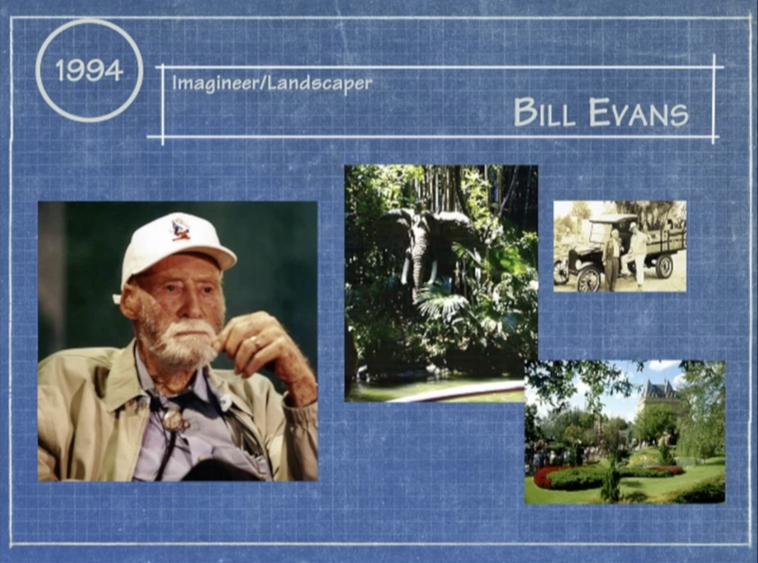 Walt hired Bill Evans to landscape his Holmby Hills home (including the gardens surrounding Walt’s Carolwood Pacific Railroad).  Walt’s then invited Bill and his brother to design the landscaping for Disneyland. After Disneyland opened, Bill stayed on as a consultant and later was named director of  landscape  architecture. In that capacity, he worked on additions to Disneyland and on the master plans for Walt Disney World and Epcot. He retired in 1975, but he returned to consult on Discovery Island, Typhoon Lagoon, and Disney-MGM Studios. He also was key in choosing the plants for Disney’s Animal Kingdom.
​