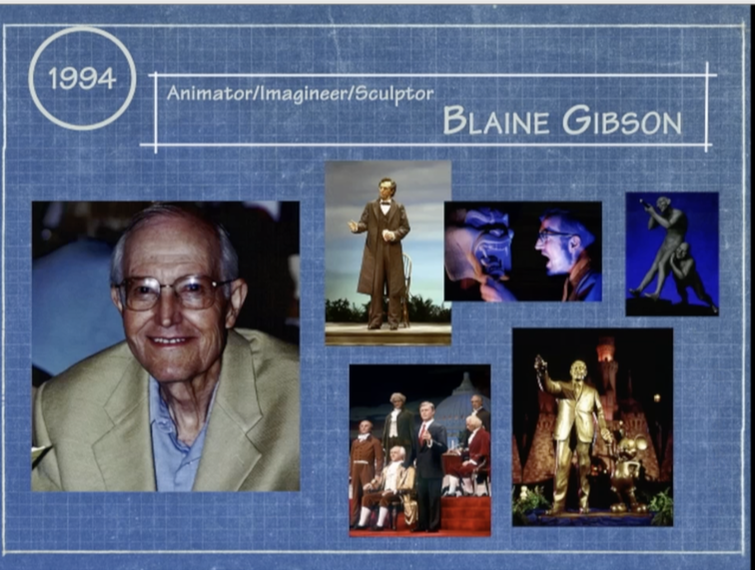 Blaine Gibson started his Disney career as an animator, working on such films as Bambi, Song of the South and Peter Pan. Then, in 1954, Walt asked him to work on Disneyland. In 1961, Blaine was assigned to lead the new sculpture department.   His figures can be seen in Great Moments with Mr. Lincoln, Pirates of the Caribbean, the Haunted Mansion and the Hall of Presidents (for which he sculpted 41 presidents, from George Washington to George W. Bush). He retired in 1983, but in addition to returning to sculpt the newly elected presidents, he also consulted on such projects as The Great Movie Ride. Blaine also created two immortal sculptures: The “Partners” statue of Walt and Mickey in Disneyland and the statue of Roy Disney and Minnie in the Magic Kingdom.
​