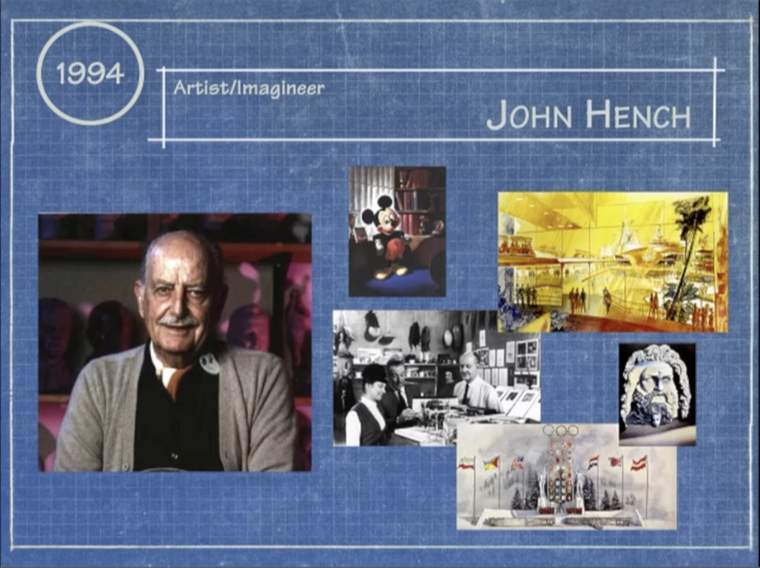 Imagineer, philosopher, animator, designer, storyteller and teacher, John Hench was the eternal flame-bearer to carry on the ideals and standards of his mentor, Walt Disney. His 65-year career began when  he was hired to work on backgrounds for Fantasia. He worked on Dumbo, Peter Pan and Cinderella; developed the art treatment for combining live action and animation in So Dear to My Heart; created animation effects for The Living Desert; earned lead-title special effects credits for 20,000 Leagues Under the Sea; worked with Salvador Dali on Destino; worked on the 1960 Winter Olympics; worked on the 1964 World’s Fair projects; and worked on every Disney theme park — including Hong Kong Disneyland.
​