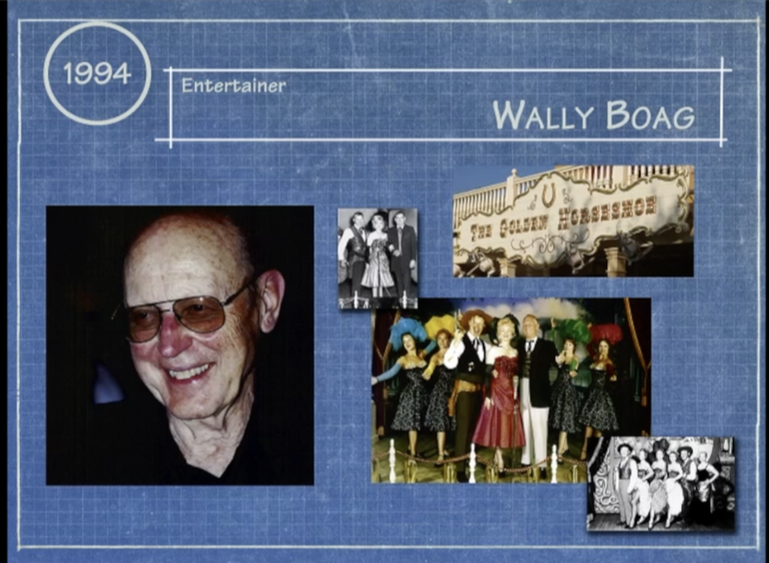 Wally Boag, star of Disneyland’s long-running Golden Horseshoe Revue, gave more than 40,000 performances in a stint that lasted nearly 27 years. He parlayed his success in tickling Walt’s funny bone into other work at the Studio, too. He appeared in several films, including The Absent-Minded Professor, Son of Flubber and The Love Bug. Wally is the voice of Jose in the Tiki Room, and in 1971 he opened the Diamond Horseshoe Revue at the Magic Kingdom.
​