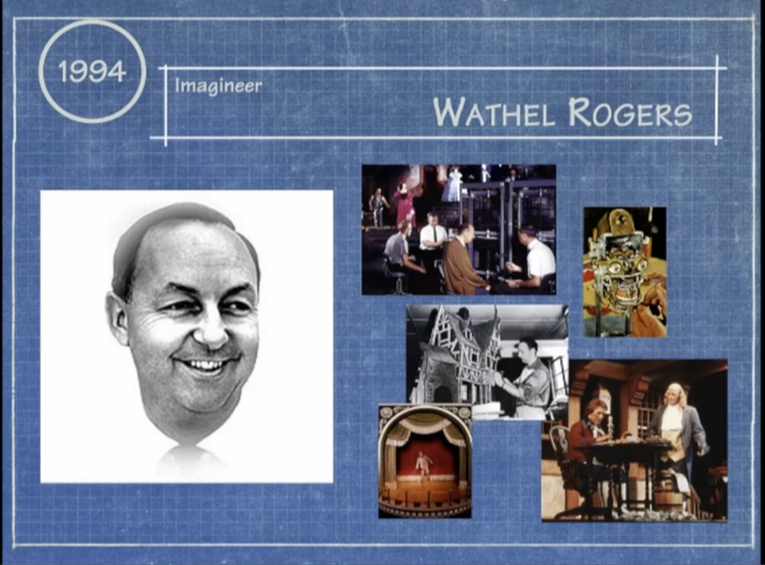 Although Wathel Rogers started as an animator , his greatest contribution was as an Imagineer. Wathel built toys in his spare time, and Walt asked him to build miniatures for such films as The Absent-Minded Professor. Then, in 1954, Walt asked Wathel to help develop the model shop being created for the development of Disneyland. Walt challenged him further by asking Wathel to help develop a nine-inch moving, talking figure. The work, Project Little Man, marked the birth of AudioAnimatronics. Wathel helped develop the Abraham Lincoln figure for the 1964 World’s Fair, as well as the Benjamin Franklin figure in The American Adventure and figures in Pirates of the Caribbean and the Jungle Cruise.
​