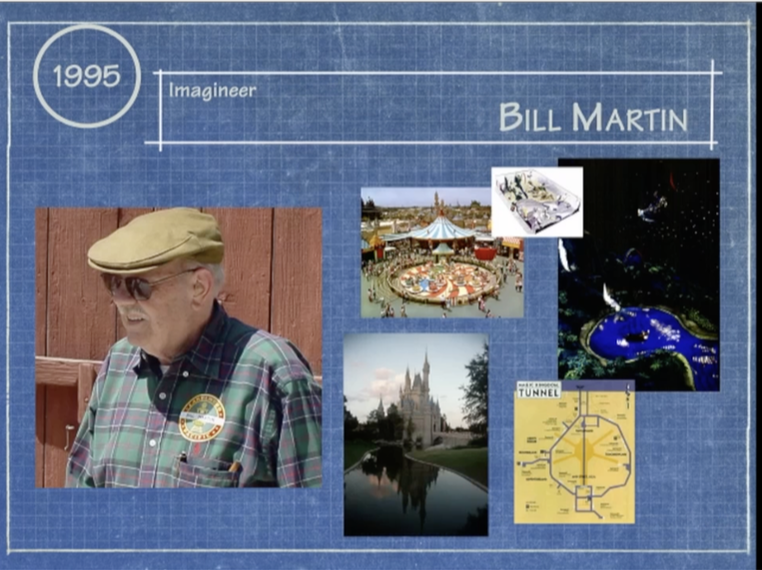 Bill Martin began his 28-year Disney career as art director of Fantasyland, for which he designed the layout of each attraction -- including the beloved Peter Pan’s Flight. Bill also designed the Monorail course around the Park, and worked on Carnation Plaza, Bear Country, the Autopia and the Haunted Mansion. In 1971, Bill was named vice president of design for WED Enterprises, to oversee the master layout of the Magic Kingdom. His projects included Main Street USA, Cinderella’s Castle, the utilidors beneath the Park, and Walt Disney World’s canal system. He also designed various water craft, including the Admiral Joe Fowler and Richard F. Irvine riverboats. Bill retired in 1977, but returned to consult on the Mexico and Italy pavilions at Epcot and the master layout of Tokyo Disneyland.
​