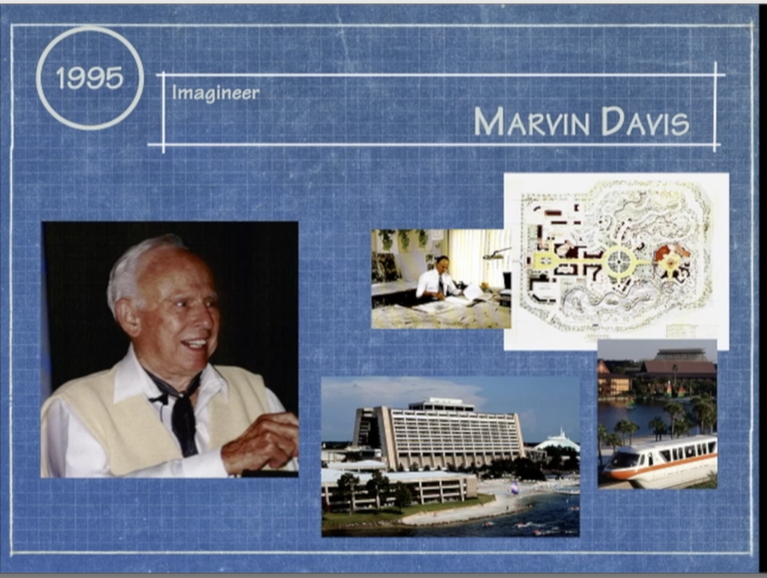 As an Imagineer, Marvin A. Davis drew on his training as an architect and his background as a movie set designer to bring a sense of drama and story to theme park architecture. Marvin worked closely with Walt in laying out virtually every aspect of the Park’s concept and architecture. After the Park opened, Marvin returned to art directing, working on Big Red, Babes in Toyland, Zorro and The Mickey Mouse Club, among other projects. In 1965, he returned to WED as project manager for Walt Disney World. He created the master plan for the Magic Kingdom, and also worked on the Contemporary, the Polynesian, and the Golf Resort.
​