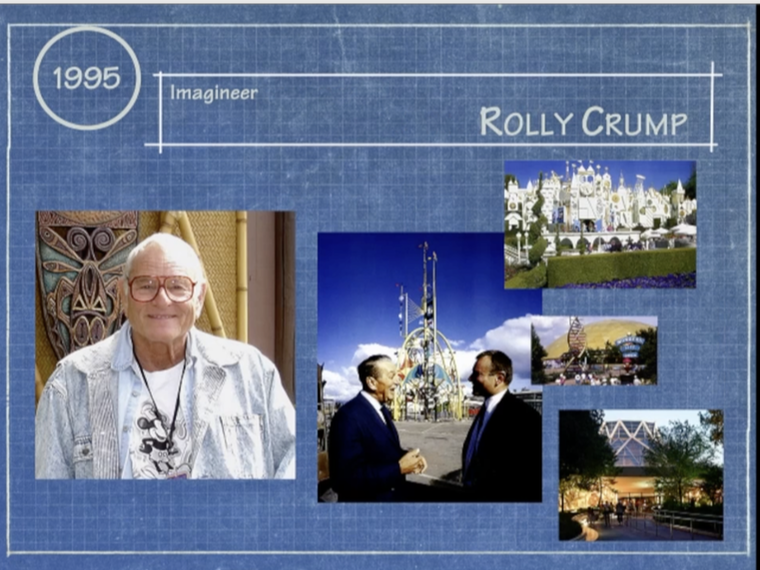 Rolly Crump started as an animator in 1952. He worked on several features, including Lady and the Tramp, Sleeping Beauty and 101 Dalmatians. He transferred to WED (now Imagineering) in the late 1950s. His projects there included most of the Disney exhibits at the 1964 World’s Fair, particularly it’s a small world (for which he designed the iconic Tower of the Four Winds and worked alongside Mary Blair). When the attraction moved to Disneyland after the Fair, Rolly designed the animated clock at the entrance, which sends the world’s children on parade every 15 minutes. He also worked on the Enchanted Tiki Room, the Haunted Mansion and Adventureland Bazaar. He developed story and set designs for NBC’s Disney on Parade in 1970, and then worked as project designer for The Land and Wonders of Life pavilions at Epcot.
​