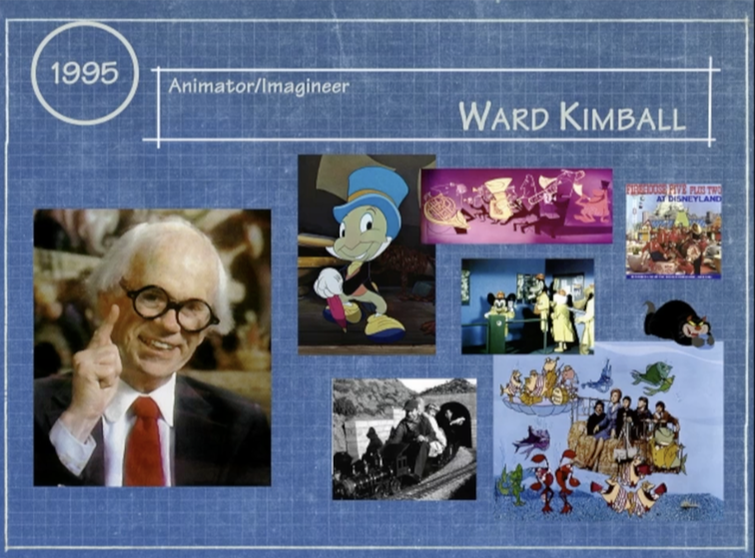 Ward Kimball tickled our funny bones with animation that was often wild, colorful and fast-paced. He started at the Studio in 1934, and contributed to most of the animated features that followed until he retired in 1972. Characters that he brought to life include Jiminy Cricket, Tweedle Dee and Tweedle Dum , and Lucifer the Cat in Cinderella. He also served as animation director for Bedknobs and Broomsticks and directed two Oscar-winning short subjects: Toot, Whistle, Plunk and Boom and It’s Tough To Be a Bird. During the 1950s, he produced and directed three one-hour space films for the Disneyland television show. He helped write the story and script treatment for Babes in Toyland, and in the early 1970s he created the syndicated Disney television series, The Mouse Factory. After his retirement, Ward worked on the World of Motion attraction at Epcot. In his off time, Ward led the world-renowned jazz band Firehouse Five Plus Two.
​