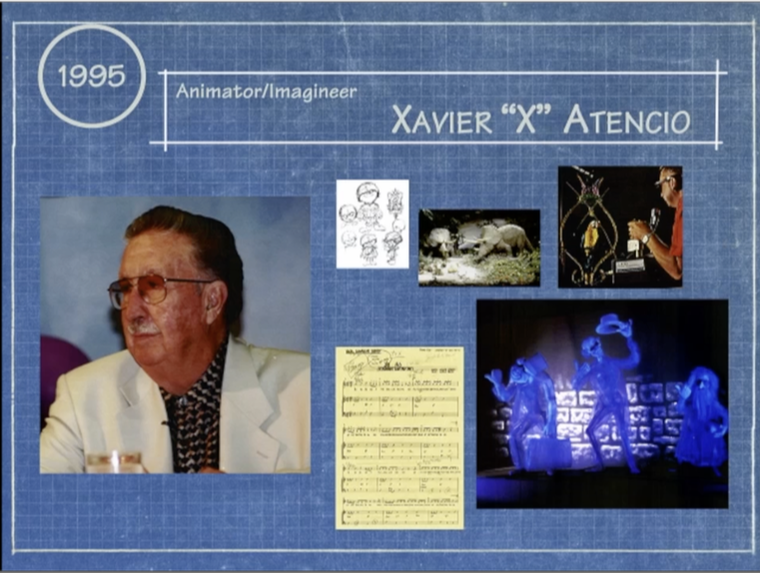 Xavier “X” Atencio started at Disney in 1938, and soon was an assistant animator on Fantasia. Military service in World War II interrupted his career, but he returned to work on such short subjects as Toot, Whistle, Plunk and Boom. He worked on the stop-motion cartoon Noah’s Ark. X animated titles and sequences for The Parent Trap and Mary Poppins, and contributed to the “I’m No Fool” segments of The Mickey Mouse Club. In 1965, Walt asked X to help develop the Primeval World diorama at Disneyland. He later wrote dialogue and music for Adventure Through Inner Space, Spaceship Earth, World of Motion and the Mexico pavilion at Epcot. But as an Imagineer he is best known for co-writing  “Grim Grinning Ghosts” for The Haunted Mansion and writing “Yo Ho, Yo Ho, A Pirate’s Life for Me” for Pirates of the Caribbean.
​