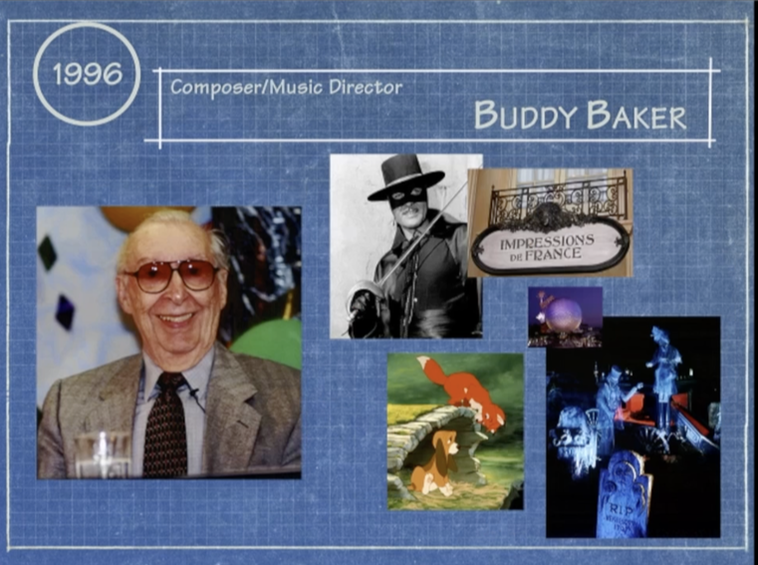 Buddy Baker spent 28 years at Disney, during which he composed more than 200 scores for movies, television and theme park attractions. He scored more than 50 feature films (including The Gnome-Mobile and The Fox and the Hound) and numerous short subjects (including Donald in MathmagicLand and the first three Winnie the Pooh films). For the theme parks, he wrote the Haunted Mansion’s “Grim Grinning Ghosts” with X. Atencio. He served as music director for Epcot, for which he scored the Future World pavilions and World Showcase. He created the tapestry of classical music that accompanies the film Impressions de France in the France pavilion. After retiring , he returned to score Innoventions at Disneyland, the Winnie the Pooh attraction at the Magic Kingdom, and the Seven Voyages of Sindbad for Tokyo DisneySea.
​