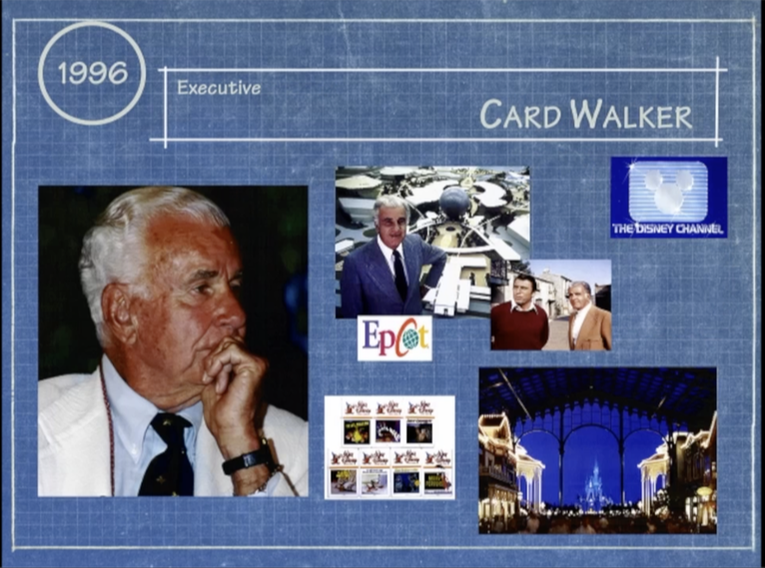 Michael Eisner has called Card Walker “the link between the small, family-owned company of the ‘30s and the major global corporation that we are today.” Card started in 1938 in the mailroom, and worked his way up through several key jobs, including vice president of advertising and sales. Eventually, he worked all the way to the top, serving as Chief Executive Officer and Chairman of the Board. During his tenure, the company expanded to include Epcot, Tokyo Disneyland and The Disney Channel.
​​