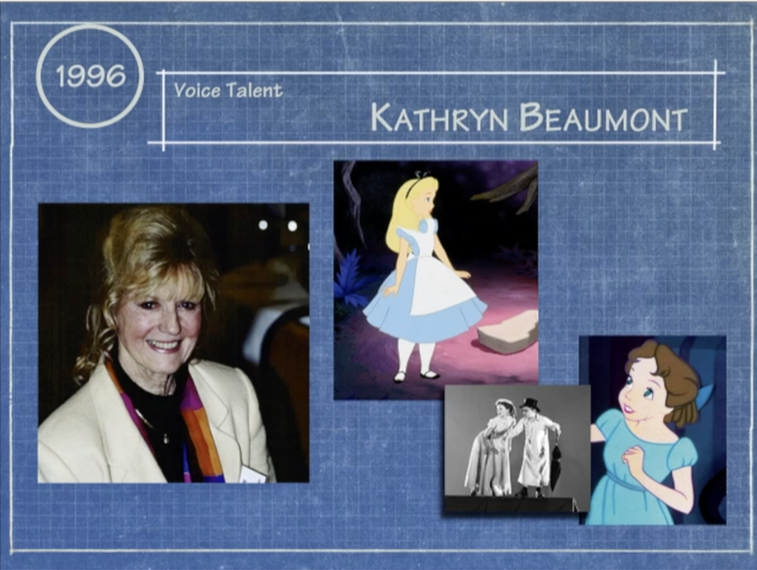 In 1949, Walt chose Kathryn Beaumont to play the voice of Alice. She also starred as Alice in footage that was shot as reference material for the animators. After appearing in Walt’s first television show (One Hour in Wonderland) and doing a promotional tour for Alice, she was cast as the voice of Wendy in Peter Pan. Again, she appeared in live action material used by the animators. After Peter Pan, she attended USC and spent 36 years as an elementary school teacher. But she has returned to Disney to reprise her roles. She can be heard in the Alice in Wonderland attraction and as Wendy during Disneyland’s Fantasmic!.
​