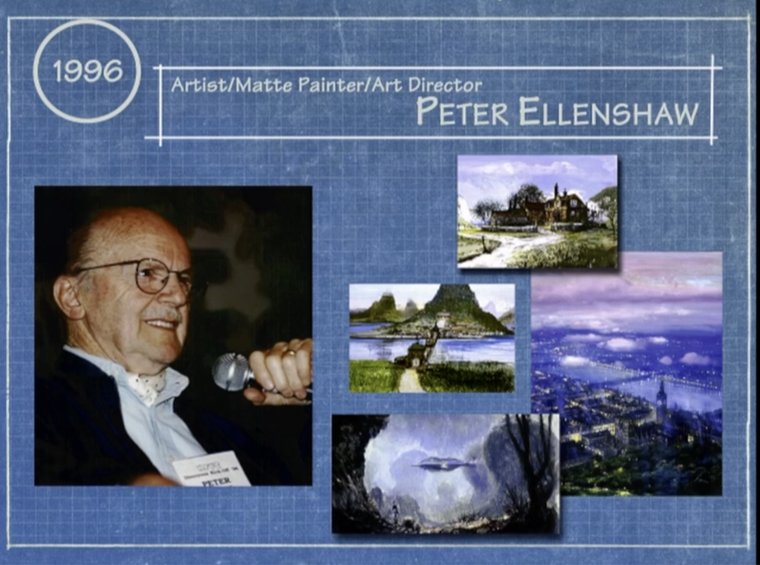 Peter Ellenshaw met Walt in England in 1948, as production was beginning on Treasure Island. Walt hired him to paint scenes of old England for the movie’s backgrounds. Later, when Walt was planning 20,000 Leagues Under the Sea, he brought Peter to Hollywood to work on the film. Subsequently, Peter worked on more than 30 Disney films. He was a matte artist on Pollyanna and Swiss Family Robinson, production designer for Johnny Tremain and The Island at the Top of the World, and art director for Bedknobs and Broomsticks. Peter won an Oscar for his work on Mary Poppins.
​