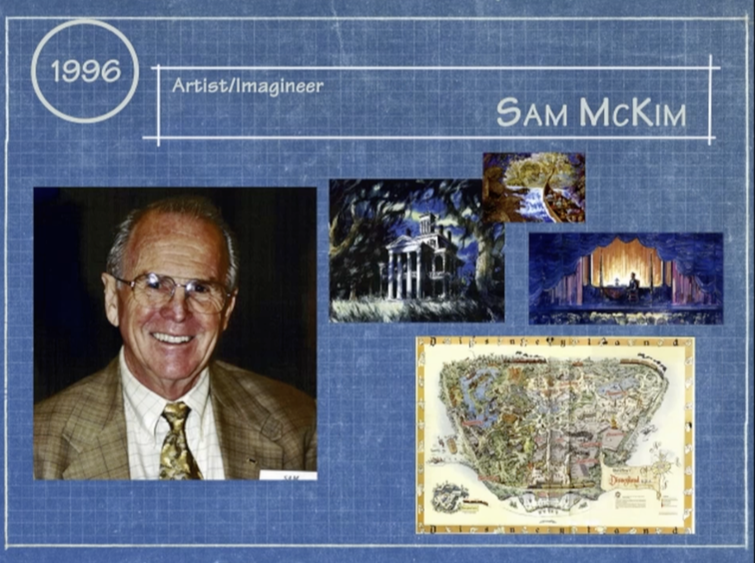 Sam McKim is best known to Disney fans as the creator of the Disneyland souvenir maps sold between 1958 and 1964. He joined Disney in 1954 to create inspirational sketches for Disneyland. Among his first sketches was Sluefoot Sue’s Golden Horseshoe Saloon. He later contributed concept drawings for many Disney attractions and parks, including Epcot’s Universe of Energy and the Disney-MGM Studios. Sam did the artwork to the pre-show of Great Moments with Mr. Lincoln and to Pirates of the Caribbean, the Carousel of Progress, and the Haunted Mansion. Sam also painted the art in the anteroom of the Hall of Presidents and in the foyer of The American Adventure. From time to time, Walt also asked Sam to storyboard Disney films, as well; among them are Nikki, Wild Dog of the North, Big Red, Bon Voyage and The Gnome Mobile. He also developed storyboards for episodes of Disney's television series, Zorro. He retired in 1987, but in 1992 he returned to create the souvenir map for the opening of Disneyland Paris.
​