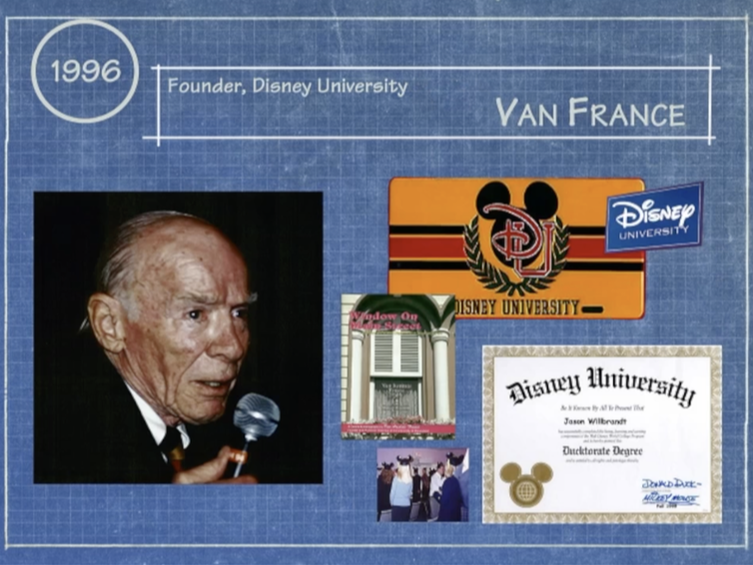 Van France founded the University of Disneyland training center (today called The Disney University). In that role, he promoted the philosophy and wrote materials that have been the foundation for training given to every Disneyland cast member since 1955. He first joined Disney in March of 1955, and over the years served as manager of Tomorrowland, organizational chairman of the Disney Recreational Club, and coordinator of the first magazine for Disneyland Cast Members, Backstage Disneyland. His 1990 book, Window on Main Street, describes his Disney career.
​