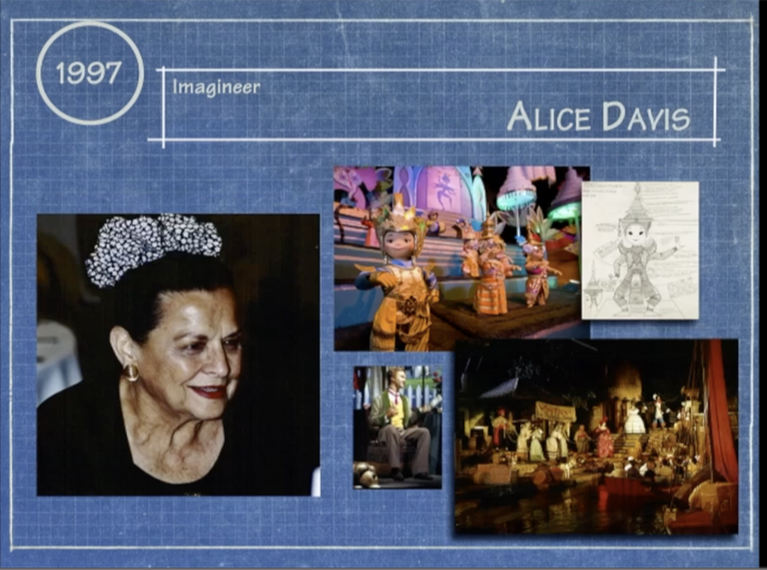 Alice Davis, wife of Marc Davis, was an Imagineer in her own right. Her first assignments at Disney included designing the costumes for the live-action reference footage shot for Sleeping Beauty and for the feature, Toby Tyler. Her first project for Imagineering was to design all the costumes for it’s a small world, which was followed by creating costumes for the Carousel of Progress and Pirates of the Caribbean. Alice also created the refurbishing procedures for AudioAnimatronic figures that are still used today.
​​