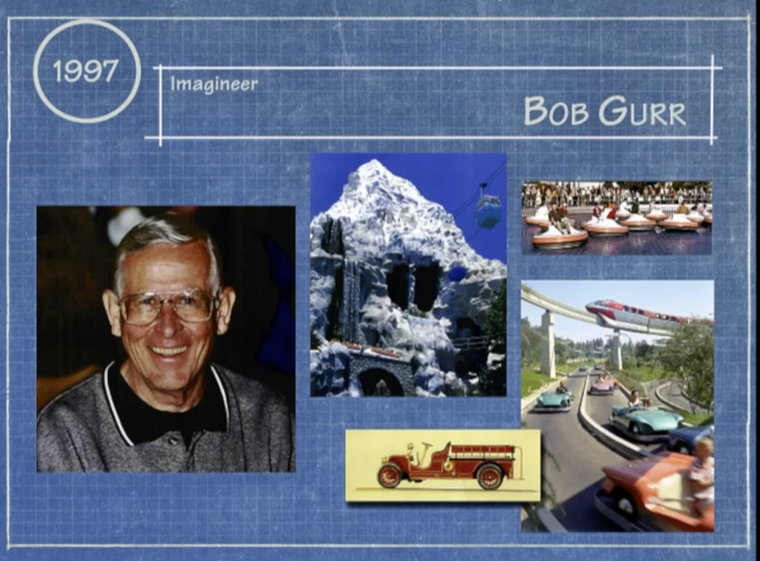 In 1953, Bob Gurr opened R.H. Gurr Industrial Design, a company of one. His first big job was to consult with Disney on the Autopia – and Walt was so impressed with Bob’s work that he asked him to become a permanent employee. Over the next 30 years, Bob designed vehicles of some sort for more than 100 attractions, including the Monorail (at Disneyland and Walt Disney World), the Matterhorn Bobsleds, the Flying Saucers, and the Skyway. He also designed the original Lincoln figure for Great Moments with Mr. Lincoln. Although he took early retirement in 1981, he has returned to consult on projects, most recently on Tokyo DisneySea.
​​