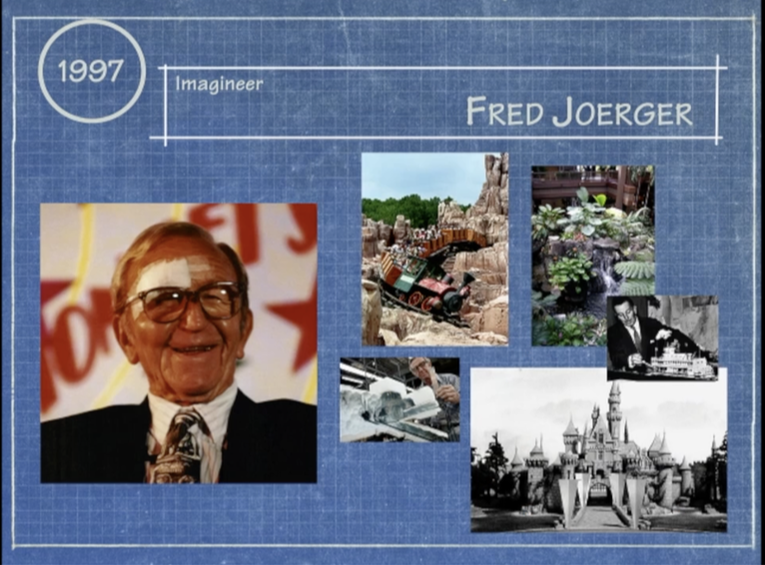 Fred Joerger started as a model builder in 1953. Early on, he was assigned to work on the Dancing Man Project (the precursor to AudioAnimatronics). Fred also built the models of the Nautilus (about 15 in all, in several scales) for 20,000 Leagues Under the Sea. He was assigned to the Disneyland project in its earliest development. His first task was to build a model of the Mark Twain Steamboat, followed by models of Sleeping Beauty Castle, the Jungle Cruise and other attractions. He also created the rock work for Big Thunder Mountain Railroad at Disneyland and at the Magic Kingdom. Fred retired in 1979, but returned to Disney to work on Epcot.
​​