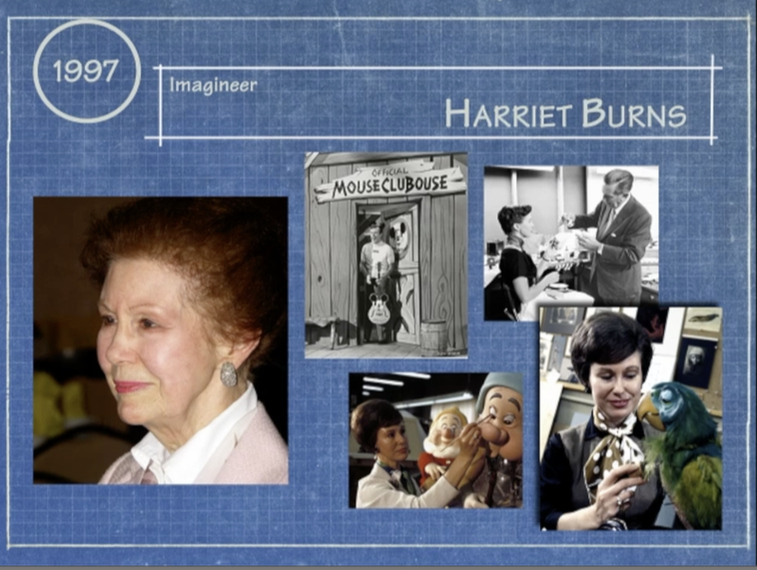 Harriet Burns was the first woman hired by Imagineering in a creative capacity. She was first hired in 1955 to paint sets and props for The Mickey Mouse Club. Soon, she was coordinating the show’s color styling, and she designed and built the Mouse Clubhouse. Harriet then moved to Imagineering, where she helped create Sleeping Beauty Castle, New Orleans Square, the Haunted Mansion and more. She helped construct the Storybook Land attraction (filled with miniature villages) and designed all the singing birds in the Tiki Room. For the World’s Fair, she did figure finishing and stage designs for Great Moments with Mr. Lincoln and the Carousel of Progress. Harriet also made several appearances on Walt Disney’s Wonderful World of Color in episodes in which Walt introduced viewers to new attractions.
​​