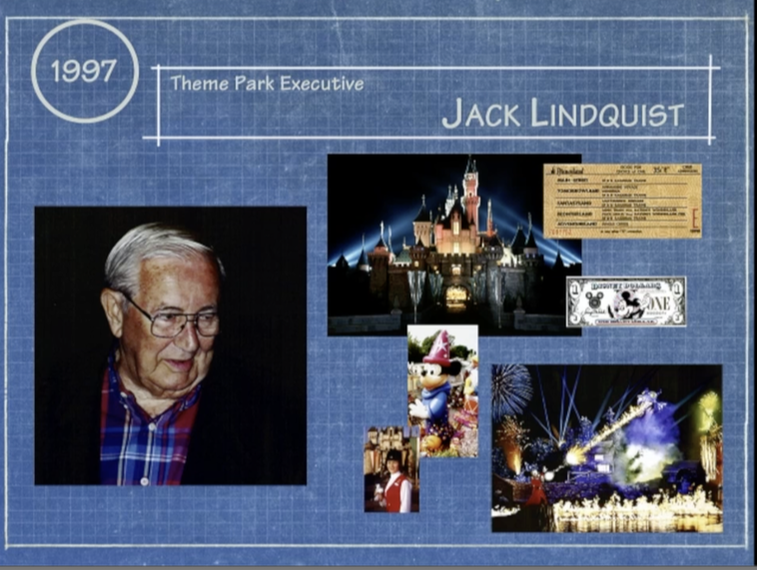 Jack Lindquist was hired as Disneyland’s first advertising manager, but he was promoted to director of marketing in 1965. Later, he set the course for marketing Walt Disney World. By 1982, he was executive vice president for marketing and entertainment for all the company’s outdoor attractions. In 1990, he was named president of Disneyland. During his career he initiated Walt Disney’s Magic Kingdom Club, Disney Dollars, the ambassador program, Grad Nites and many other initiatives.
​​​