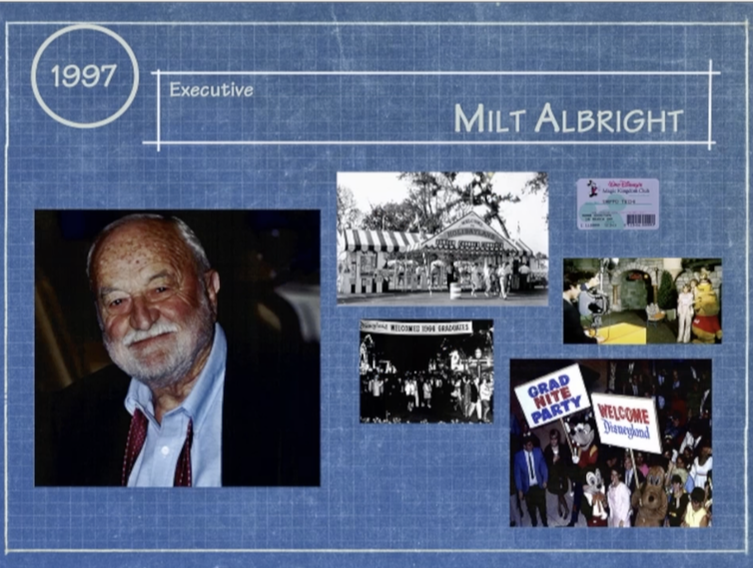 Milt Albright started with Disney as a junior accountant in 1947. His duties were to prepare executive paychecks – including those of Walt and Roy. In 1954, he moved to the Disneyland project as Manager of Accounting. In 1957, he became the manager of Holidayland, the Park’s short-lived facility for picnics and group events. Milt went on to manage some of the Park’s most successful group sales promotions, including Grad Nites and the Magic Kingdom Club. He also served as Manager of Guest Communications before he retired in 1992.
​​