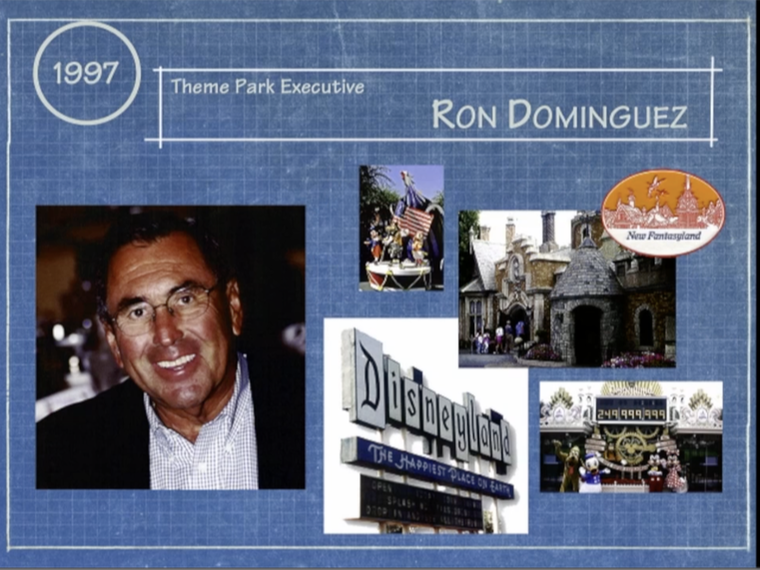 Ron Dominguez was truly there at the beginning: He was born in a house that stood on 10 acres of Anaheim property that Walt bought as part of the site for Disneyland. (The house stood where the entrance of Pirates of the Caribbean and Café Orleans are today.) Four days before opening day, Ron took a summer job as a ticket taker. Within a year, he had been trained on every attraction in the Park and was named temporary supervisor of Main Street USA. It was the first of many promotions in a 39-year career that ultimately led him to the position of Executive Vice President, Walt Disney Attractions. One of his great legacies is developing a relationship between the Park and the City of Anaheim. His countless hours of community service helped open the door for expansion of the Resort.
​​​